Mara and I have been enjoying our travels through India–thought you might like some photos for the Homeschooler’s work section: 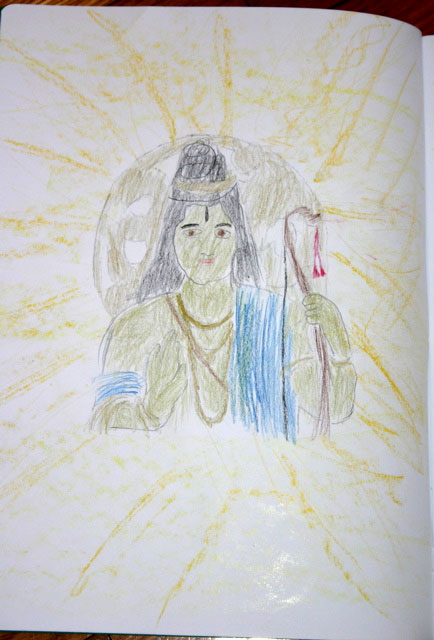 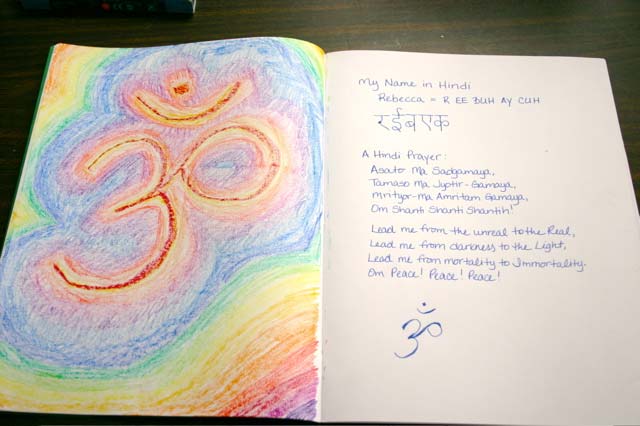 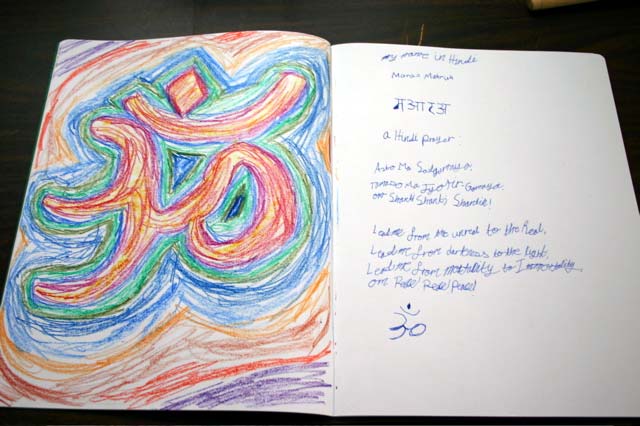 “We wrote our names in Hindi and then wrote out a Hindi prayer. The OM symbol became our lovely illustration.” Mara’s book. 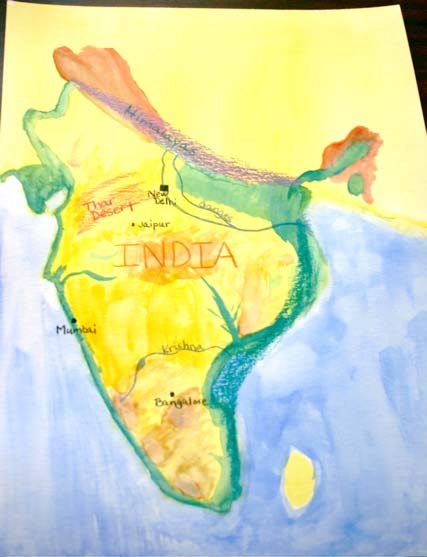 Rebecca’s map of India: “Somehow it looks like Brazil… A bit too curvy on the right, methinks! 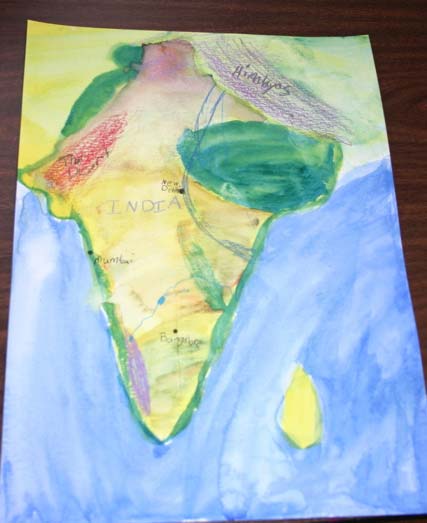 Mara’s map of India: ” We painted the map… then added in colored pencil rivers, deserts, mountains, and cities.”

My 11 year old son Hunter created this calligraphic version of Sanskrit during a 5th grade block on Ancient India. Hunter has some learning challenges, including dyslexia, and tends to shy away from writing in general. However, he became excited by this activity after listening to several stories about Brahma, Shiva, and Vishnu.
Because the ancient pictographs did not represent common letters, he was not as intimidated as he sometimes becomes with English letter writing. I drew the symbols on the chalkboard, after which he copied them on a piece of paper, using a black felt-tipped calligraphy pen. The ones depicted are an Aum symbol, the word for peace (it looks somewhat like a table:), and the numbers 1 through 7.

And here are a couple of pages from our son Gabriel’s main lesson book. During this lesson students are presented with rich pictures of the different lands of the peoples whose myths they are studying. Gabriel drew a picture of the fertile crescent and wrote, “West of Persia lay a land where much was done to make the earth even more of a home for mankind than the Persians had done. This land lay between two great rivers, the Tigris and the Euphrates, and was wonderful farming land. This land between two rivers became known by its Greek name, 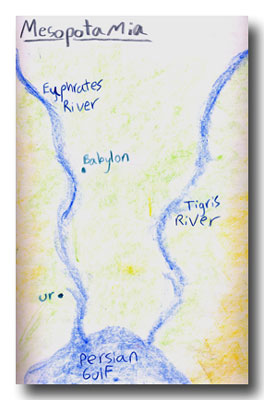 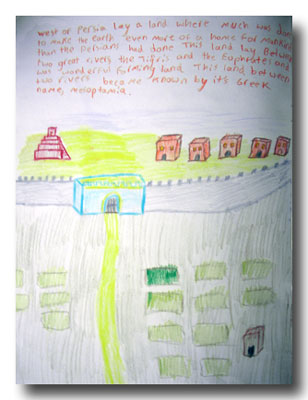