Here are pictures from Sedona in California: 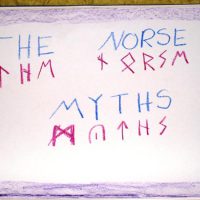 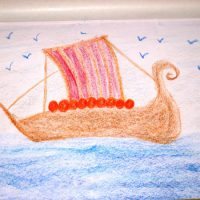 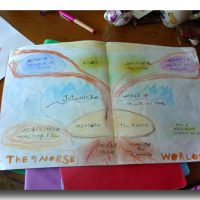 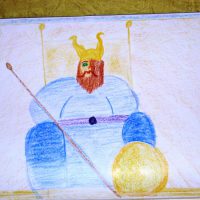 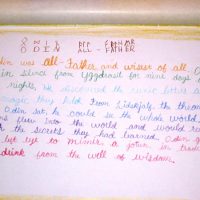 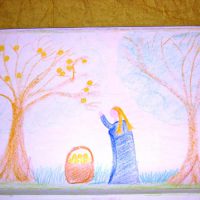 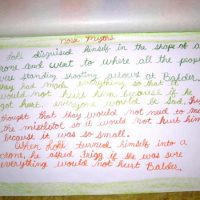 Donna,
Here are a couple from Alena’s Norse Mythology MLB. She started out exploring crayon drawing – but it was hard for her – since she had so many years of outlining and such. And she hated cursive writing. The second shows closer to the end of the year…when she was really liking the stories, wanting to write much more. And I let her transition into pencil drawing since she really wanted to. 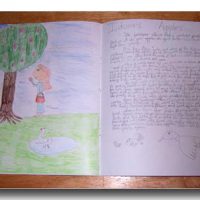 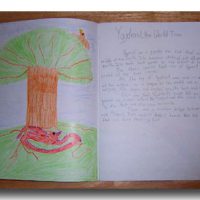 Here’s another version of Iduna’s Apples from Richard in England. Nikki, his mother, comments: 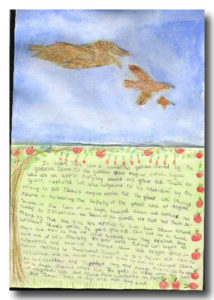 We’ve been concentrating on ensuring that the space on the page is used, as Richard tends to draw tiny, intricate figures in one corner of a page and then label them. So, I draw a guide picture and then Richard copies it into his book.

Here are two pictures from our older son, Daniel’s Norse Myths Main Lesson book. The first picture was modeled on the d’Aulaires’  Norse Mythology book’s title page. This contents page represents the sum of the writing  he did for this main lesson – he found writing extremely challenging until he was about 11½. So, for this block he would retell the stories I read to him from the d’Aulaires’ book and then draw colorful pictures in his book, such as the picture of Odin below.