Feedback Regarding Computer Use in Waldorf Schools 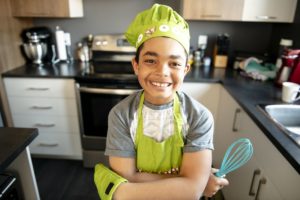 Last month I wrote an impassioned plea to Waldorf teachers to please stop and consider other ways to work with their classes during this time of shut-down and  distancing regulations. I got quite a lot of feedback, some of which I want to share here.

I had some correspondence with a Waldorf teacher who quite understandably did not want me to use her name or gave me specifics of her Waldorf school: she was a first grade teacher who got fired by her school because she refused to go to zoom with her class. Instead, she did just the kinds of things I suggested, empowering her parents to work creatively out of Waldorf pedagogy with their children. Apparently most were delighted–I cannot imagine how they felt when the school fired her. She says the school is focused on buying laptops for all the students so classes can be streamed.

And this is called ‘Waldorf’? Words fail me.

Here are the contributions from fellow Waldorf homeschoolers and a teacher:

Without warning or time to adjust, my sixteen year old son’s social world came to a halt. No getting together with friends, no internship, no classes, no theatre, and no church. When the stay at home order was put in place, he couldn’t leave the house. The month’s full calendar hung on the refrigerator, slanted lines for cancelled events filled the squares. He longed
for the human connection with his peers, his mentors, and with the world. Emails arrived that promised a way to connect. He tried to muster some excitement to see familiar faces. He clicked to join. As he left his first meeting, he said, “It’s just not the same.” But still, he tried. He became proficient at navigating the platform and juggling multiple meetings in a day.
He felt alone in a digital world that was meant to bring people together. He was disenchanted with this replacement. He longed for more. Still, he tried.
The more he tried to connect, the more he became disconnected from his family and even himself. He lost his inspiration for doing the things he loved. This thing that some would say could open him up to the wide world, became his world. His world grew smaller and smaller. Curled up upon his bed, computer on his lap, video on, microphone unmuted, longing for
human connection.

I, like most parents, have always felt that slightly creepy feeling whenever I see zoned-out, almost catatonic children in front of a screen of any kind. Toddlers in front of cartoons on tv, kids in the car staring open-mouthed at a dvd screen, older kids with their hand-held games…. And then came the phones. It is bad enough to see a teenager or young adult with that vacant look on their face, completely absorbed in their phone and equally oblivious to anything – anything – that is going on around them, but to see it in a young child just breaks my heart.

I think that most parents feel the same way; deep down they know that it’s not right and it makes them feel kind of sick to see it in their own kids, but they feel trapped in a culture that seems to think that if children aren’t media- and tech-savvy when they are very young then they never will be and will never catch up. When I became acquainted with an education system (Waldorf) that strongly believed in an absence of screens for children, I was skeptical. I really didn’t see how my kids could fit into a society that seemed to worship the screen, and I worried about them being ‘behind’ or left out of popular culture. “Behind what or whom?” I should have asked myself at the time. Behind kids who are overstimulated and don’t sleep well and can’t focus on one thing for any amount of time because they are addicted to instant gratification? Now that my oldest child is grown and I have the benefit of hindsight, I can tell newer parents that it is simply not a valid concern and that raising children without computers or phones, or with firm limits is not only possible but absolutely wonderful.

To start with, when our children were very young it was just not up for discussion. I had a line something like, “We just don’t do that in our family.” We had a computer and a laptop in our house but they were for adult use only; they were for mom and dad to do their ‘work’ which included jobs but also ordering groceries and other household tasks, but whenever possible the computers weren’t used in the presence of the kids. The computers were not kept in common areas of the house where the kids would be playing, so we either used them in another room (study, home office, bedroom etc) or after the kids were in bed. As our children grew up (and we had more of them) phones became more and more pervasive even among adults like us.

We were very careful not to be constantly on our phones or ‘checking’ our phones when we were with the kids. This took a healthy amount of reminding for dad… We used our alarm clocks instead of phones and didn’t check them as soon as we woke up in the morning. This is not how most adults live these days and it has taken a lot of conscious effort on our parts. We had definite, specific ages when our kids were allowed to use the computer and for the first longtime they had to be in a common area so the screen could be seen by the adults around. Dad and I had agreed beforehand on the age and what they would be able to use them for. No social media accounts until they were older, and not without long discussions about settings and internet safety.

We also had an age when the kids were allowed their first phone, and it was much older than popular culture dictates. It was seen as a right of passage in our family, that we saw them as old enough and responsible enough to have one. It was given as a birthday gift when they reached that age and the first phone was one without data or internet capability. So they used it
for phone calls, for emergencies and as a camera. They still felt pretty grown up! Then, slowly as they got older they were allowed access to the internet so texting only when they were in wifi, then data if they were willing to pay for it when they were even older, etc. They slowly entered the world of tech as they matured and with close monitoring and guidance.

The key to the success of this plan for us was in the fact that we were firm – use that word instead of ‘strict’ and you may feel better about it. Your kids, your rules. And that both my partner and I were on the same page and had worked out what the rules would be together beforehand. We both had to compromise because we did not automatically agree on details. I
reached a sort of epiphany regarding rules that I might have as a parent that didn’t ‘jive’ with the rest of society when my youngest was still very little.

Dear Donna, thank you so much for your letter in Waldorf Today! I couldn’t agree with you more, and I’m so glad to see someone speaking out about this. I taught last trimester online at an independent school and it was so sad to see how much time students were spending on the computer and how little their actual needs were being met. Thanks so much for expressing this perspective from a place of so much wisdom and experience.

When my daughter was in fifth grade, she came home from her Waldorf school stating that she was in a new class where they were learning about the history of technology and then will eventually learn about posting on social media and taking selfies.  I’m like, “What in the world?!?”  I reached out to the teacher and asked her about this-surely my daughter was misinterpreting the goal of the class.  This was a Waldorf a school after all and she was in fifth grade! Turns out,my daughter was completely right and the class was called Cyber Civics.  After talking with her teacher and attending a meeting with parents and the teacher who brought Cyber Civics to the school, I literally was the only one who had an issue with it.  I lectured Waldorf principles and fundamentals to a Waldorf school.  I was denied.  I was told I was not keeping up with the times and “this is the way the world is going.”  My response, “We are the parents and we choose what we allow into our homes.  I don’t care if everyone has a phone or computer.  My child will not. “  The teachers were concerned that the students needed to learn how to “conduct” themselves on line and on social media. I said that is the parent’s role, not the schools….especially a Waldorf school.   I called AWSNA to see how this can even be possible in a Waldorf school.  The woman I spoke with said that about 75 percent of the Waldorf schools in the US had Cyber Civics and that “the world is changing and the school needs to keep up with the times”.

Most recently during the lockdown this spring, the Waldorf school immediately switched to zoom calls without skipping a beat….including early childhood and first grade.  I offered to use my house for both my kids classes (their classes are small), since the school was “shut down”.  I was told the teachers couldn’t meet with the kids.  I said then all the kids could still come over and I could work with the teacher- so yes, there would be a zoom call, but the kids would be together and there would be a parent to help.  Nobody wanted to do that- everyone was too scared to meet. Okay, I then suggested how about the teachers meet with the parents, and have the parents bring forth the songs, stories, main lesson concepts, or even just some skills…..especially in the lower grades.  I was ignored.  I wrote a letter stating that there are many alternatives to zoom in a Waldorf school and that using technology daily is not “Waldorf learning at home”.  It was made known in an email that the school is keeping up with learning the best way they know how and basically should be praised for not missing one day.  It was clear to me that this was a losing battle.  I still don’t understand why it’s so wrong to say Waldorf doesn’t do it this way and to stick with the Waldorf principles.  I’ll leave you with the question I asked the school- and they couldn’t or should I say wouldn’t answer- what would the Waldorf school do if this happened 20/30 years ago before the internet and onslaught of technology?

Posted on August 13, 2020 in Children and Society, Family Life and Parenting, Technology